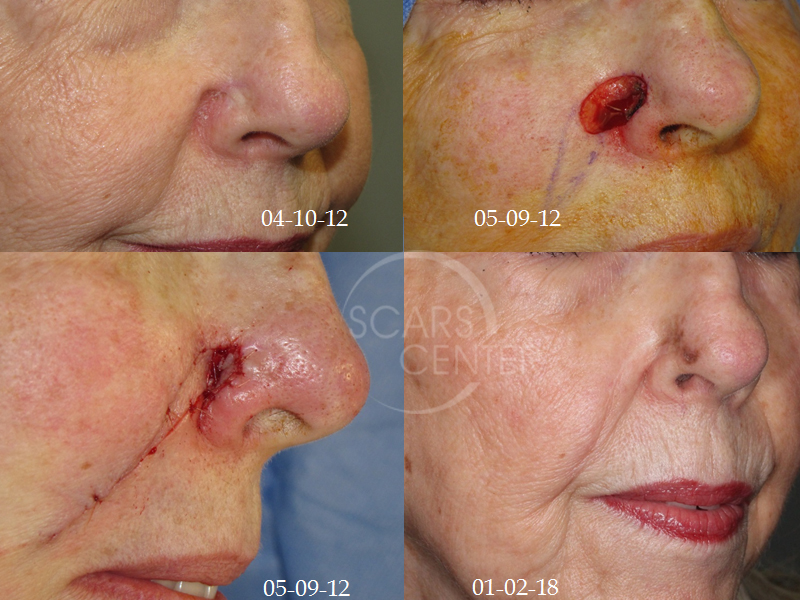 73-year-old woman presents with 1-year history of recurrent pigmented lesion of the right nasal ala  found to be invasive melanoma with 0.5 mm invasion. Patient’s history began 9 years ago in 2009 with excision of a melanoma in situ and skin graft closure. In 2012, pigmentation adjacent to the graft site was found to have junctional severely atypical melanocytic proliferation. The  lesion was excised at that point with 5 mm margins with finding of melanoma in situ and clear margins. Additional margins were taken at the time of reconstruction with no residual melanoma found. 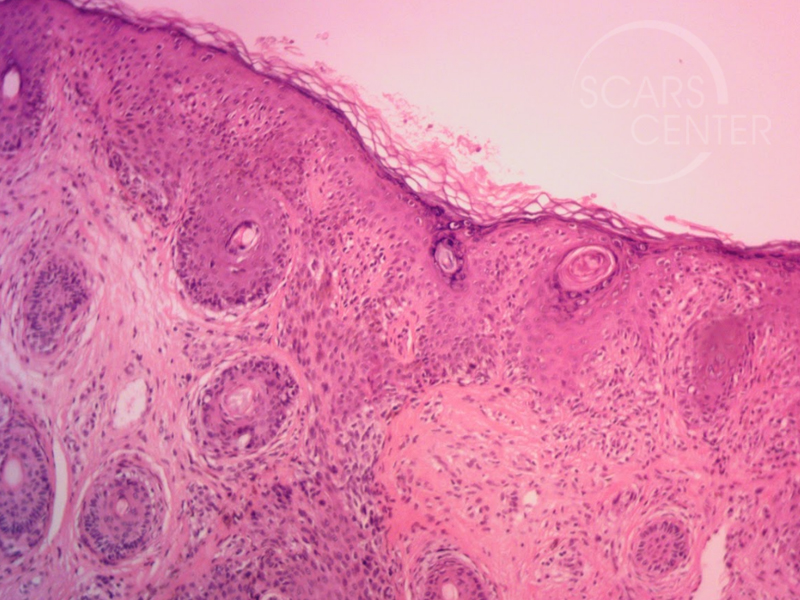 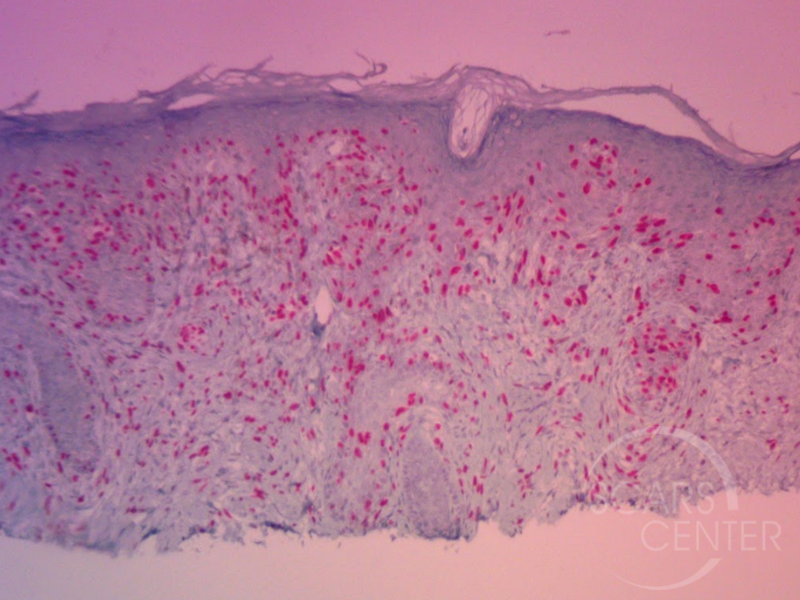 On histology, this invasive melanoma exhibits desmoplastic features extending to the deep margin of the shave biopsy. This tumor has to be treated as a higher risk melanoma with depth of invasion to be assumed greater than 1 mm. This assumption of deeper invasion is due to involvement of the deep margin of the shave biopsy. Desmoplastic melanomas have a tendency for neurotropic behavior making the resection margins much greater. In addition, desmoplastic melanomas frequently lack dark pigmentation, making their spread undetectable and presenting as larger lesions.

Mapping of the margins of this cancer is particularly useful in this patient. The location in cosmetically sensitive anatomic region, the nose, will result in a complex defect requiring a complex reconstructive plan.The desmoplastic features of the melanoma limit the usefulness of visual assessment of the margins.  Thus, pre-operative mapping provides the reconstructive surgeon and the patient with the expected defect size and a specific reconstructive plan. Mapping is best performed with punch biopsies. Reflectance confocal microscopy is a noninvasive mapping alternative for assessment of mostly flat areas.

Sentinel lymph node assessment should be considered in this patient based on the assumption of deeper involvement of the tumor. It can be performed at the same surgical visit as the mapping biopsies.