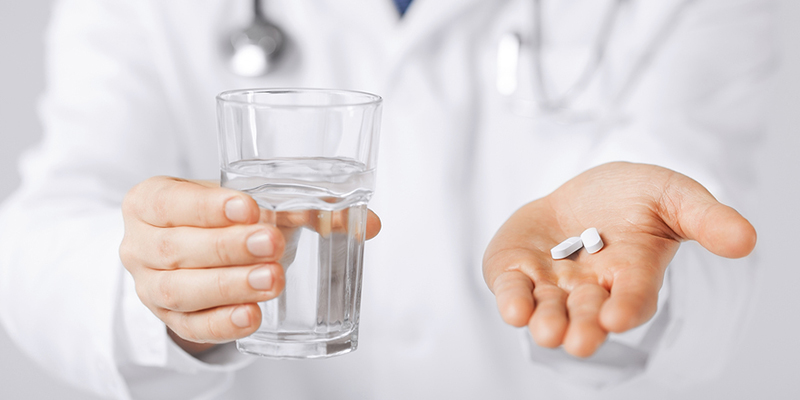 Vismodegib has been approved for treatment of unresectable metastatic basal cell carcinomas. It comes as oral medication taken once again. It has been shown to be significantly effective in reducing and occasionally curing basal cell carcinomas. Its side effects are significant. They include loss of sense of taste, muscle cramps in upper and lower extremities, gastrointestinal side effects such as nausea, diarrhea, constipation, fatigue, and hair loss. Most of the side effects are reversible with stopping medication. Significant shortcoming of this medication is resistance of some basal cell carcinomas to the drug.
The length of treatment with Vismodegib can be variable and has not been well-established. Shortest courses can be as long as three months terminating due to the patient's intolerance of the side effects. Most courses run 7-9 months limited by the patient's intolerance of the drug. Surprisingly, some patients are able to tolerate the drug for over a year. The cost of the drug is significant up to $10,000 a month. Insurance companies cover the cost of the drug consistently. In cases of lack of insurance coverage, the manufacturers often provide the medication at no cost to the patient.
The mechanism of action is its effect on Sonic Hedgehog pathway. Vismodegib is the first SMO inhibitor molecule in its class. It binds and hinders SMO (transmembrane protein).

Sonidegib is also known by its chemical name erismodegib. It is also used for locally advanced basal cell carcinomas or metastatic basal cell carcinomas not amenable to surgery or radiation therapy. The mechanism of action is inhibition of smoothened protein. Its side effect profiles are similar to Vismodegib. It also suffers from development of resistances of the carcinomas. This drug is priced similarly to Vismodegib at approximately $10,000 per month.

Itraconazole is known as an antifungal drug. Due to its ability to inhibit Hedgehog pathway activity, it inhibits basal cell carcinoma growth. It has not been as widely evaluated for treatment of basal cell carcinoma as other Hedgehog inhibitors, although it is an older drug. Its feasibility in treating basal cell carcinomas and its dosing regimen are still being evaluated. It acts on SMO protein. It has also been called a Cilial translocation inhibitor. It is a powerful Hedgehog pathway inhibitor. It has similar side effect profile to the other Hedgehog inhibitors. This drug is also associated with resistance development by cancers.

Acitretin is a vitamin A derivative, a retinoid normally prescribed for psoriasis. It had been found to be effective in treatment of extensive actinic keratosis. It decreases the frequency and thickness of actinic keratoses. Although some theorize it could decrease the frequency of squamous cell carcinomas, this has not been proven.

A Simple Cream for Cancer with Not Always Simple Consequences

HISTORY A 62-year-old woman presents with multiple hypopigmented areas of previous skin cancer treatment with imiquimod. DISCUSSION Some patients find themselves with a large number of skin cancers and pre-cancerous lesions. While surgical excision is recommended for certain types of skin cancer, pre-cancers and superficial skin cancers can often be treated in other ways. These…
Read More →

HISTORY 33-year-old woman presents with 3-year history of slowly growing nasal tip lesion biopsied as a trichoepithelioma. Mohs excision was performed creating a 0.6 cm defect. It was reconstructed with a lateral nasal island flap. DISCUSSION Trichoepithelioma is a benign basaloid follicular neoplasm (arising from a pilosebaceous unit). Its basal cell proliferation is differentiated from…
Read More →