The goals of lower lip mucosal defect reconstruction include the following:

Myomucosal island flaps help achieve all of these goals. The flaps are created laterally or medially to the defect. The island can be partial with preservation of mucosal bridge in posterior lip. They are designed to have a deep vertical incision creating a thick underlying muscle below the mucosa. The advancing edge of the myomucosal flap can be undermined within deeper muscle layer for less than 1 cm. The blood supply is robust and reliable.

Mucosal partial island flaps created posteriorly to the defect can be used for mucosal defects. These are the preferred replacements to the classic mucosal advancement flaps. They are used as adjuncts to myomucosal flap reconstruction.

This technique replaces the traditional mucosal advancement flap for red lip defects. The latter flap results in effacement of the red lip roll, flattening of the lower lip, and superior retraction of the vermillion line. All these sequelae are avoidable with myomucosal island flaps.

The designed myomucosal flap was based loosely on an O-Z reconstruction. Partial myomucosal island flaps were used. 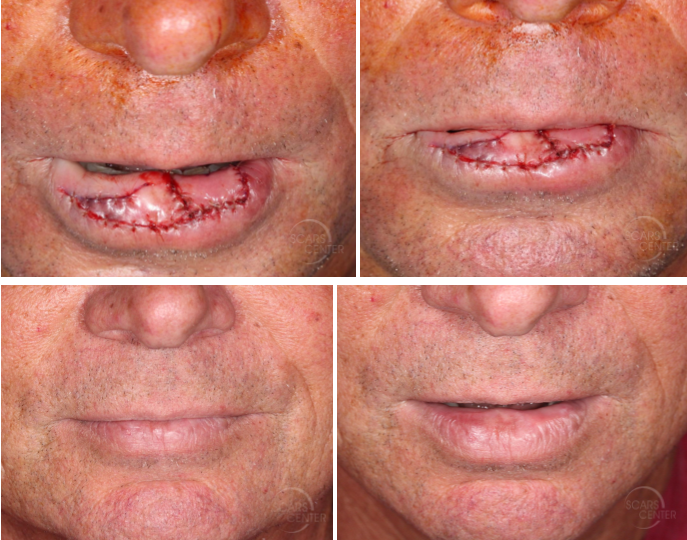