87-year-old man presents with 1 year history of lesion on left upper lip.  Biopsy taken 11-16-2017 and pathology showed basal cell carcinoma. Mohs excision and reconstruction were performed on 1-19-18. Mohs slide histology was presented for review. A question of appearance of perineural invasion was discussed. 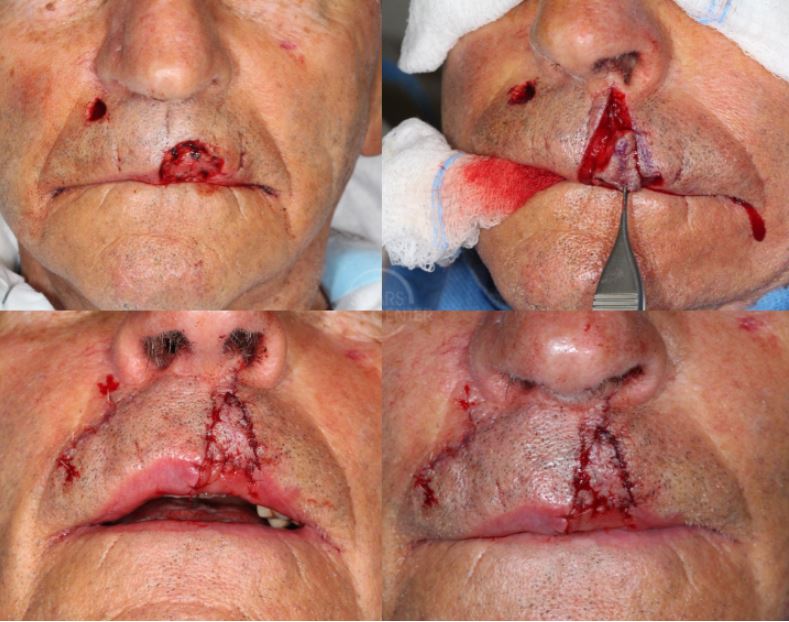 “Onion-skinning” effect of BCC. This is not perineural invasion.

The Mohs slides in question had the appearance pattern similar to that of perineural invasion. This is due to the effect of “onion-skinning”. See the photomicrograph.

The reconstruction of the lip was performed with superior myocutaneous island flap and a mucosal rotation flap. The former flap has a distinct advantage of re-establishing the fullness of the red lip.