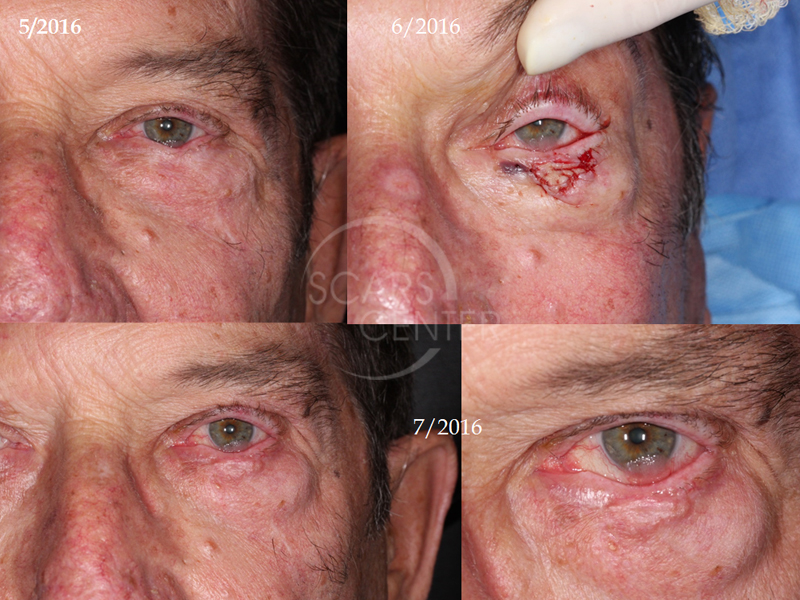 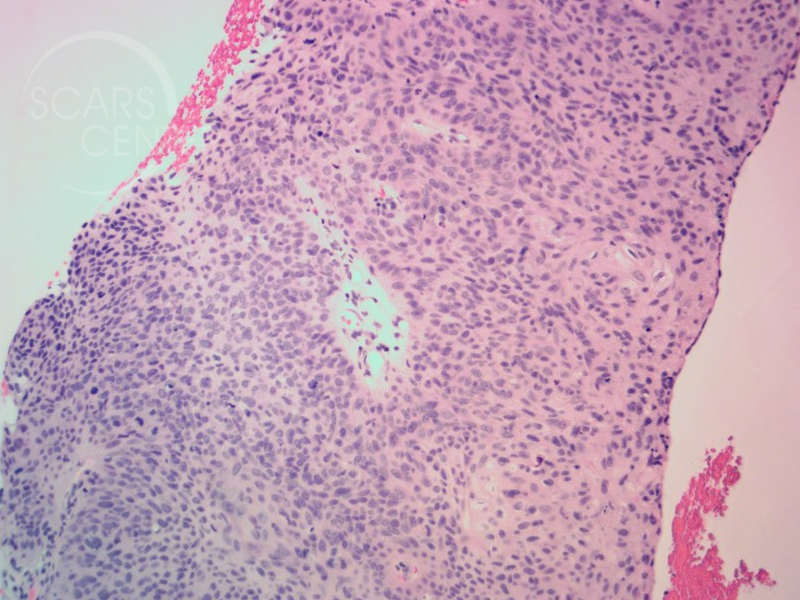 69 year old man presented in August 2016 for a large papillomatous lesion of the left inferior cornea. Patient has a history of left lower eyelid basal cell carcinoma that was treated in 2014. The area of corneal carcinoma was initially thought to be exposure keratitis.

The patient is a 69-year-old organ transplant recipient developed a lesion on his cornea. Initially, this lesion was thought to be exposure keratitis in an area of previous lower eyelid surgery. However, upon further review by an ophthalmologist, it was believed to be a proliferative lesion such as a papilloma. Conjunctival biopsy revealed this to be squamous cell carcinoma of the conjunctiva impinging on the cornea.

What interesting about this case is the differential diagnosis of papillomatous lesion and squamous cell carcinoma. Of course the two could be related – papillomas could be the progenitor of squamous cell carcinoma particularly in immunosuppressant individuals like this organ transplant recipient. The treatment of this was actually quite simple. He was treated with 5-Fluorouracil drops 1% solution. A compounding pharmacy is needed to formulate this particular solution. The treatment course was daily application for two weeks with a two-week break allowing the conjunctiva to recover. This was followed by a second course of two-week application. Clinically, the patient cleared completely just after two weeks of 5-Fluorouracil topical drops. These drops were associated with mild to moderate conjunctivitis that resolved soon after pausing the treatment.