83-year-old man presented in 02/2017 with a 3-year history of a forehead and temple SCC. The cancer was initially treated with cryoablation and 5-FU. Excision on 9/2/16 was performed with residual circumferential margins. Histology found poorly differentiated sclerosing squamous cell carcinoma, with perineural invasion of 0.1 mm nerves.  Wide local resection with radial forearm free flap reconstruction was performed 2-28-17. Positive margins at the lateral eyebrow were additionally resected on 4-11-17 and closed with a skin graft. Patient was treated with post-operative IMRT radiation therapy completing the course in July 2017. Patient presents for improving the appearance of his eye. 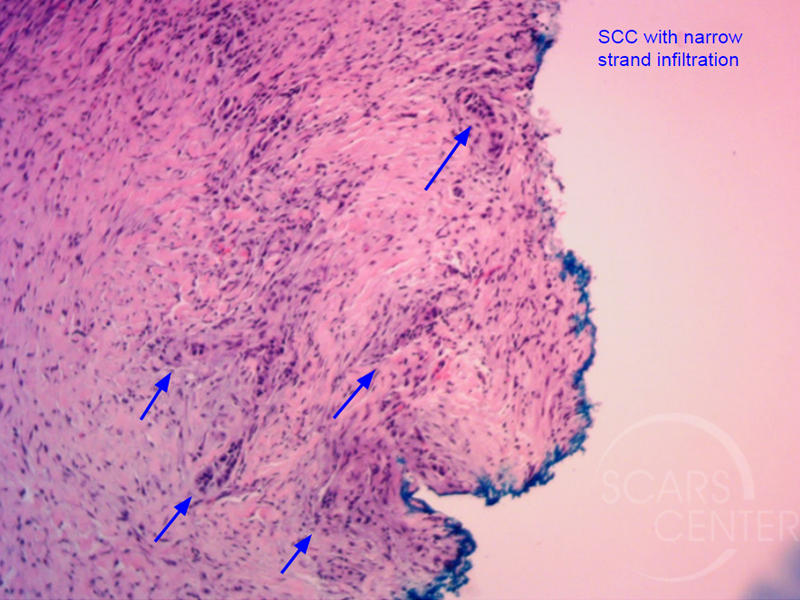 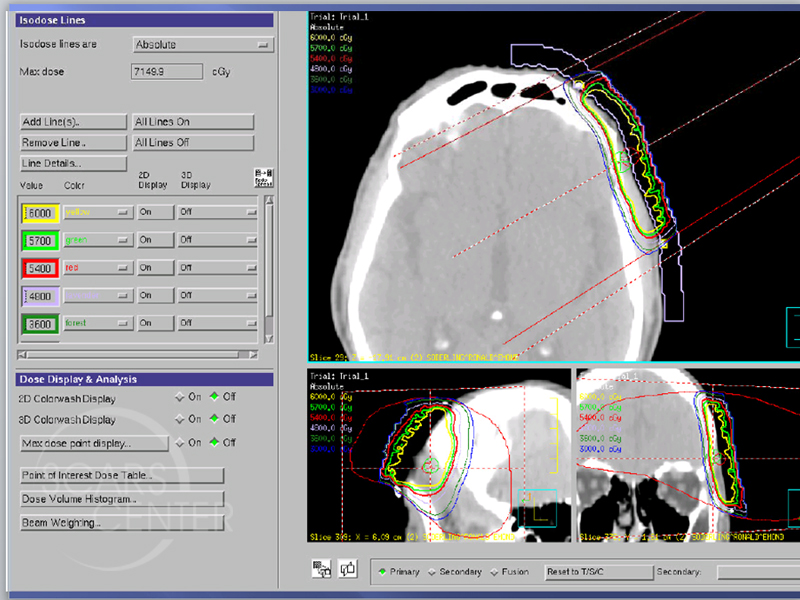 This patient presents 6 months after completing treatment of a high risk squamous cell carcinoma. The patient has a significant residual risk of periorbital cancer spread despite clear surgical margins and radiation. Several factors are not favorable in this case: perineural invasion, narrow strand infiltration on histology, and positive margin in the lateral eyebrow after primary resection of carcinoma. Although subsequent excision achieved clear margins, histologic margins can miss single cell infiltration. Studies have shown that perineural invasion can extend up to 1 cm along nerves. Safe margin control requires treating at least 2 cm beyond positive surgical margin. The treatment can be surgical resection or radiation. Both were precluded by the eye. Radiation fields and resection margins stopped at the eyelid.

No reconstructive surgery is indicated for appearance improvement for 1 year after completion of treatment. Serial orbital MRI’s are necessary for monitoring of orbital tumor appearance.