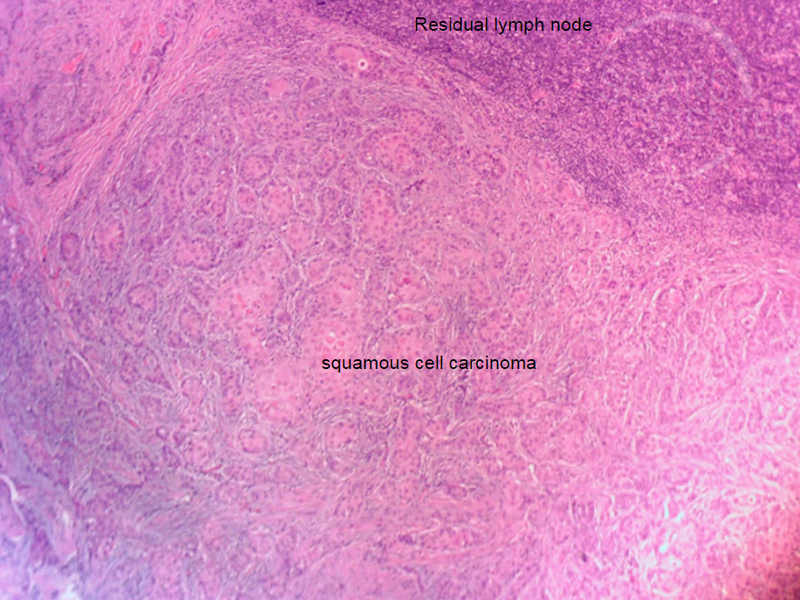 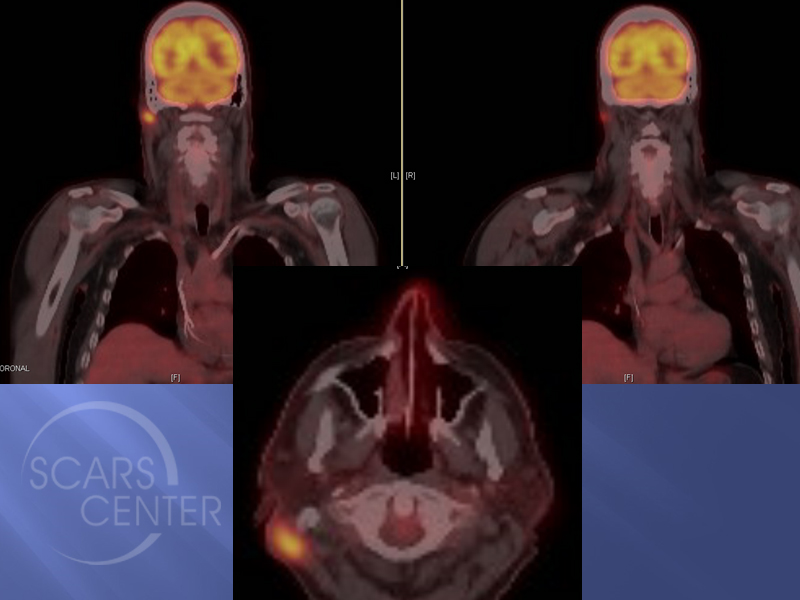 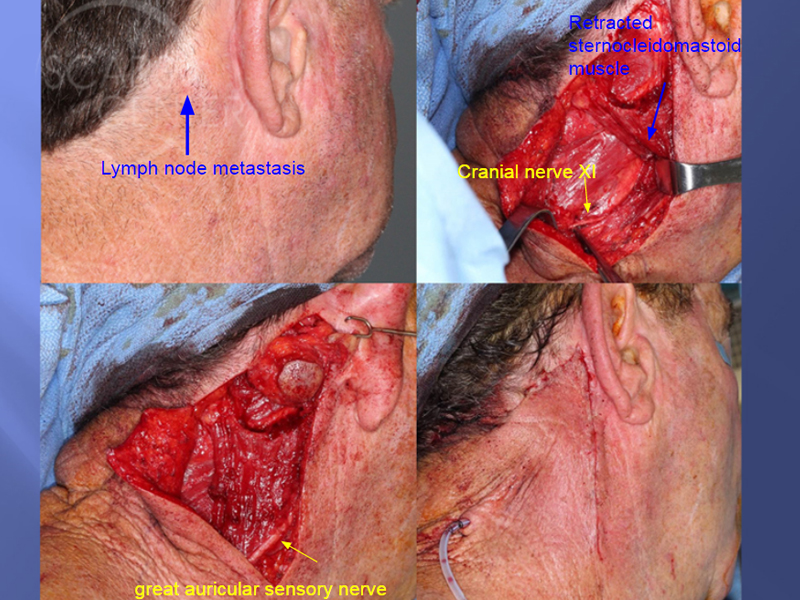 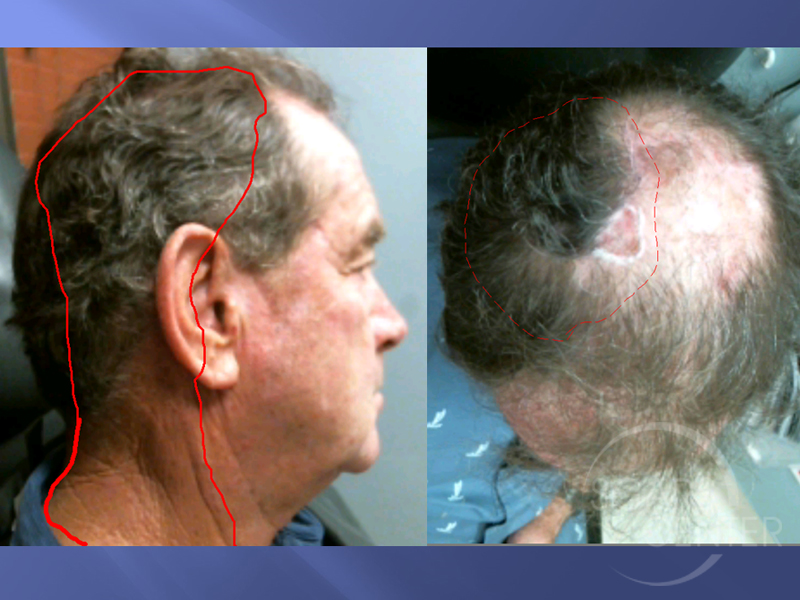 CT PET 12/2017 found carcinoma only in the postauricular tumor. Surgical resection with cervical lymphadenectomy was performed in 12/2017. Pathology found SCC only in the clinically involved lymph node. Patient will start radiation therapy in 02/2018.

This is a cautionary tale of treating a high risk squamous cell carcinoma. In this patient’s case, the depth of invasion of the original cancer provided clues to its aggressive behavior. The cancer extended into the galea and recurred a few months later in the adjacent area. 6 months later, a lymph node metastasis appeared.

In hindsight, the patient could have been treated with sentinel lymph node biopsy identifying the metastasis earlier. Alternatively, serial CT / PET scans or at least serial physical exams could have detected the metastasis.

Delayed identification of a cervical metastasis exposes the patient to a greater risk of further cancer spread. In this patient the lymph node already had extracapsular spread of squamous cell carcinoma. This is associated with worse prognosis. Surprisingly, no other cancer was detected in 10 out of 10 lymph nodes in the cervical lymphadenectomy specimen. Pancytokeratin immunohistochemistry staining of lymph nodes was used to increase the sensitivity of detection of squamous cell carcinoma.