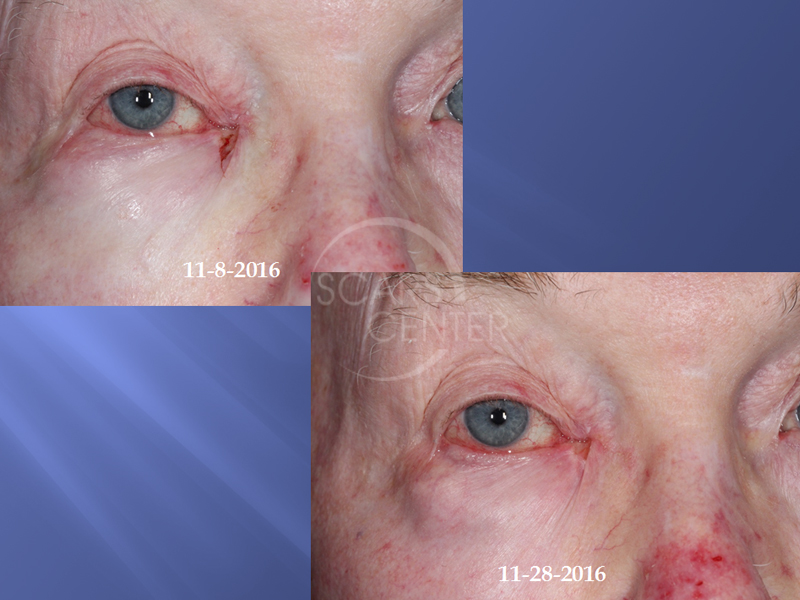 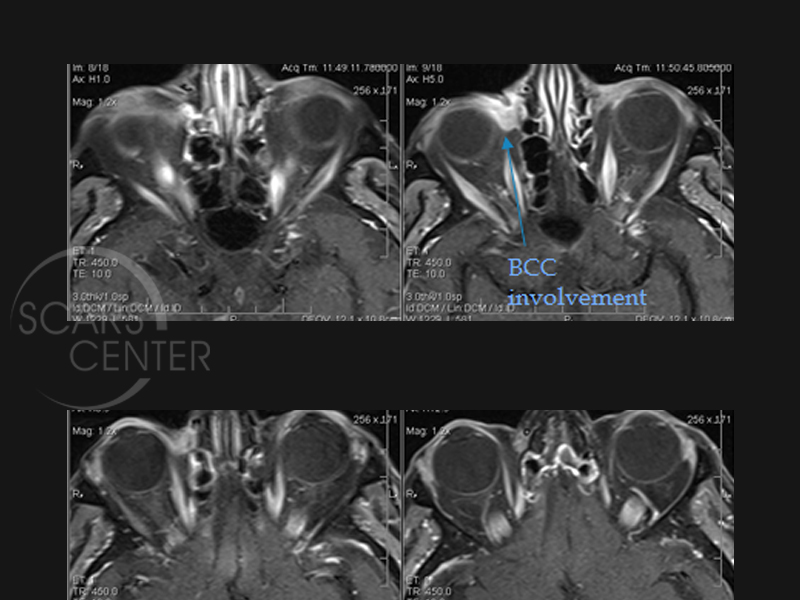 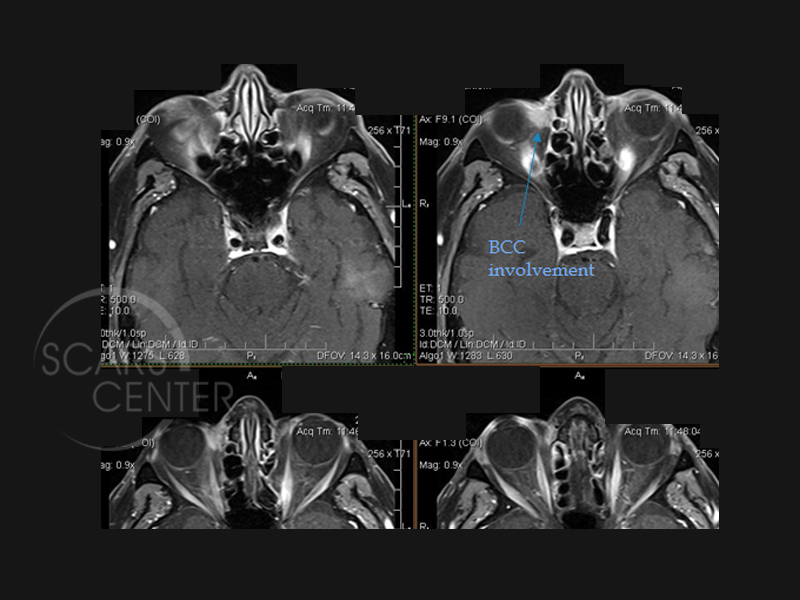 This is a 91-year-old man, who presented with recurrence of basal cell carcinoma in the right medial canthal area and anterior orbit. Initially, the patient was treated with superficial radiation of the right lower medial eyelid.  Although the patient had complete response in the area of treatment, the cancer recurred in the area of medial canthus deeper and more medial than the area treated with radiation therapy. Unfortunately in these medical scenarios, a preoperative assessment with mapping biopsies is the best way of preventing these recurrences. Clinical evaluation alone is not sufficient in determining true margins of the carcinoma. If deeper biopsies of medial canthus were done, a different radiation plan could have been designed. Alternatively, the patient could have been treated with surgery despite his advanced age. When the patient presented to us, evaluation with an MRI revealed a significant involvement of the tumor in the anterior medial orbit including involvemen t of the lamina papyracea and the medial globe. Surgical resection was not an option for this patient given the nature of resection. This would involve orbital exenteration and likely anterior skull base resection with free flap reconstruction. Radiation again is not an option for this patient, because it would have to be preceded by orbital exenteration first.  (The globe does not tolerate radiation).