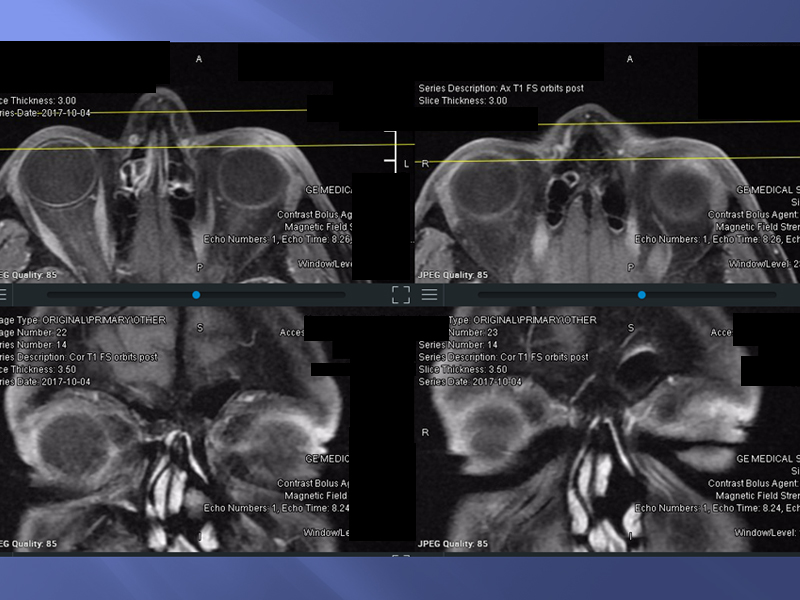 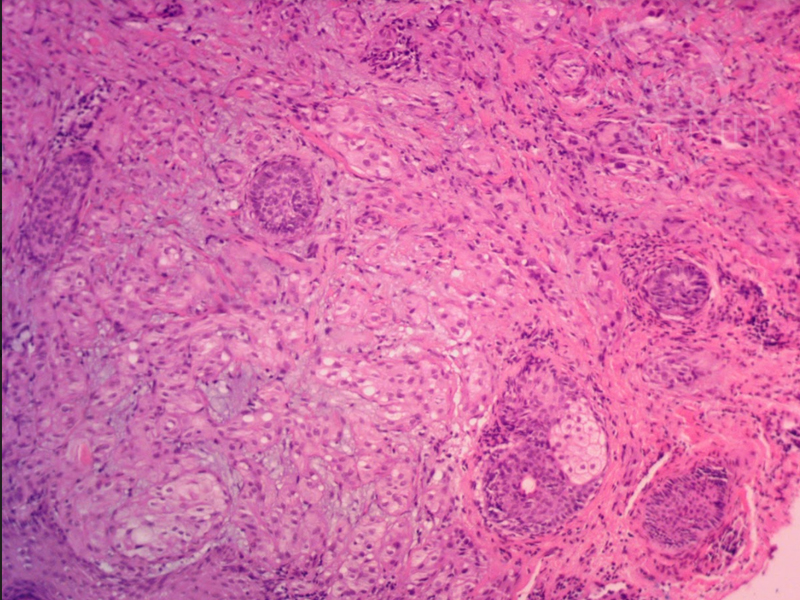 53-year-old man presents with a recurrent upper eyelid induration and margin retraction for 3 months. Punch biopsy confirmed squamous cell carcinoma (SCC) recurrence. The first SCC excision with frozen sections and reconstruction was done 12-17-13 elsewhere. Subsequently, the eyelid was treated with LN2 in 2014 for surface AK. Carcinoma recurred at the lid margin in May 2016 as squamous cell carcinoma with clear cell changes. Mapping biopsies at the time found clear periphery. Mohs excision in October 2016 was followed with additional excision of tarsus and surrounding tissue for reconstructive reasons. This additional tissue was also clear. Six week course of imiquimod for surface eyelid Bowenoid AK was started in November 2016. Additional six weeks course of Carac (5-FU) was done in April 2017 due to a lack of response to imiquimod.

It appears that the cancer was originally either multicentric or spread at time of reconstruction in 2013 due to remaining positive margins. Treatment for this total upper lid involvement should involve subtotal resection of the upper eyelid with temporary closure of the globe. Subsequent histopathology may reveal involvement at the orbital septum. This would require orbital exenteration and post-operative radiation therapy. Radiation therapy of eyelid and orbital tumors is plagued with various orbital radiation complications. However, radiation therapy could be considered for this patient as an adjunct to subtotal lid resection with globe preservation.